Smartphone Review: Xiaomi Redmi Note 3 vs iPhone 6 – How Good is the Xiaomi?

After many hours of Googling, Ebaying and review reading, I finally settled on the Redmi Note 3 as the upgrade path from my trusty Moto 4G (second gen) smartphone. The Moto G had been a solid companion for the year or so I had it, and considering I bought it new from Tesco for £84 I wasn’t interested in splashing cash on a premium Android or iPhone.

My budget was around the £150 mark which, including postage and shipping, just stretched to the Redmi Note 3 32GB. I bought the phone for £156, imported directly from Hong Kong. This is the first time I’ve imported a Chinese phone and, having played about with it for a month now, I’m extremely impressed by its capabilities. It’s not perfect, but for the price it comes pretty damn close. I’d read about the phone’s potential 4G issues affecting certain bands in the US and UK, but thankfully these bugs have not surfaced as of yet and the 4G speeds remain excellent in both Spain and the UK. It’s probably worth noting at this point that the GPS can be ‘interesting’ at times, giving completely wrong readings whilst in built-up spots. It would also appear, as of the current MiBuild Stable 77.77, the Wireless Hotspot does not work properly. I expect this to be fixed now that Xiaomi has released the Redmi Note 3 in the US.

Great phone for the price. Excellent battery life and enough RAM to have numerous apps and tabs open concurrently. Hotspot issues likely to be sorted with next update.

In terms of performance, the phone’s octa-core Helios chip coupled with 3GB of RAM has been more than sufficient for all my needs. I’ve never gone below 600MB free available RAM and the built in app cleaner Xiaomi employs is excellent at closing 32 tabs. Without any apps running you’ll find that RAM sits around the 1.5GB mark, which is more than most budget phones have before they’re even turned on. It would appear we now live in the age of smartphones rivalling low-end laptops and Chromebooks in the RAM stakes and it won’t be too long before we have 4-8GB smartphones as the norm. As you can see, the Redmi Note 3 achieves some pretty respectable benchmarks which compete with a lot of higher end devices:

Redmi Note 3 vs iPhone 6 – How do the handsets compare?

The iPhone 6 shows much better single core performance but is very similar when running multi-core. The iPhone will of course work faster overall, but for this slight improvement you’ll pay a premium of over £500 more. Check the video below for a slightly dry but detailed comparison of the Xiaomi Note 3 and the iPhone 6s head-to-head.

In the time I’ve been using it, I’ve found very few occasions where typing or apps have lagged or shown signs of slowdown. Tinder does crash often, but I suspect that’s to do with the aforementioned crap-tier GPS creating some system-based spaghetti it can’t handle.

Dual SIM for the intrepid traveller

Yet another selling point of the Redmi Note 3 is its dual SIM capability. This is the first time I’ve used such a phone and, coupled with its processing power, battery life and general spec, the dual SIM has proven extremely useful. I’m currently running my UK SIM card with roaming switched off and a cheap Spanish data SIM in the other slot. With the prevalence of cheap pay as you go SIM and data deals, a couple of SIMs can bring substantial cost-saving benefits, allowing you to take advantage of various offers. So far the dual SIM has worked seamlessly, giving 4G internet for all my 21st century-based activities, whilst also allowing texts and calls from the designated home country through. It’s a very useful feature, especially if you travel or live abroad but need to keep another number available. The one downside to this is there’s no SD Card slot for upgrading storage. For this reason, I made a point of buying the 32GB version. At only £35 more than the 16BG version, it was well worth the premium.

This was the spec that swung it for me. After reading into the battery life of other midrange phones, it became apparent that the Xiaomi Note 3’s massive 4000mh battery was going to be a winner. It’s an all-too-common gripe nowadays that our thirsty devices (here’s looking at you again Apple) run out of battery within a day, or worse, stop holding charge altogether. I appreciate that waiting for your device to deplete to under 10% before charging isn’t always feasible. The alternative, however, seems to be an underperforming battery, with all the frustration this brings. On reasonably heavy use I’ll easily get two days of use out of the Redmi Note 3 with around five hours of screen time. If I’m not doing much other than checking emails, stock prices, WhatsApping etc I’ll get closer to three days or 60+ hours between charges.

In terms of looks and feel, the Redmi Note3 performs admirably. The metal finished exterior mixed with the small bezel area on the 1080p screen exudes quality and it feels like a solid piece of kit. Despite the Xiaomi’s large size in my relatively small hands I’ve yet to drop it (though… I’ve had nightmares about it!). The phone can become a tad slippery at times and it comes with a ‘One hand mode’ which shrinks the screen down to 4”, 4.5” or 5” for easier control. I’d probably recommend sheathing up with a case, as I can sense it’s only a matter of time before the Xiaomi slides out my hand.

The Note3’s camera is a 13 megapixel F2.2 shooter which has been subject to some scathing criticism in other reviews. In fairness, it’s not the best camera ever made but in comparison to my extremely shit-tier Moto 4G second gen 5MP of before, it’s absolutely fine. The HDR mode actually pulls out some pretty decent snaps and the panoramic mode is solid enough too. Low light mode is extremely poor however, so all those dingy night photos are destined to come out blurred.

If you’re in the market for a high-end handset in terms of looks and feel but only want to pay a budget price, the Redmi Note 3 could be the phone for you. It’s not as fast as the new iPhone but the differences are slight while the cost saving is substantial.

Summary Great phone for the price. Excellent battery life and enough RAM to have numerous apps and tabs open concurrently. Hotspot issues likely to be sorted with the next update. 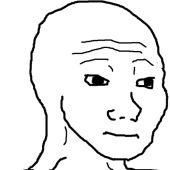 Things You Don’t Need in Nightclubs

Eight Reasons Why Women Have More Fun Than Men