The day after the day the internet fought back: SOPA gets F’d in the A 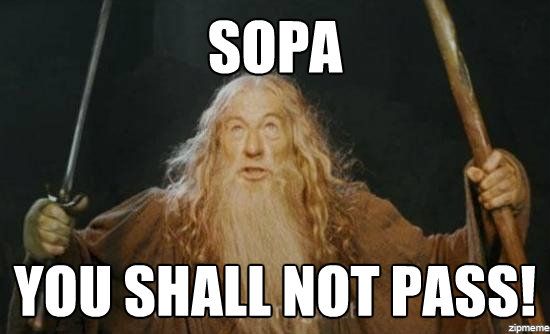 As citizens of the 21st century, we have lived through some of the most tumultuous events in modern history: September 11th, the War in Iraq and Janet Jackson’s Superbowl nipple slip to name but a few.  Today, another Moon landing, Kennedy-killing ‘Where were you?’ moment can be added to that list.

As this blog ambitiously predicted two days ago: ‘Wednesday 18th January will go down in history.  It shall be known as ‘The Day the Internet Fought Back.’’

And you know what?  It truly was.  Hyperbole and gonzo journalism aside, it would be fair to say that no one expected such a vociferous show of support for the hastily-contrived SOPA blackout.  Wowsers.

In years to come, when our grandchildren ask us ‘Where were you on the day of the great blackout?’ we’ll be able to reply: ‘I was on the internet, trying to disable Javascript so I could sneakily access Wikipedia.’ 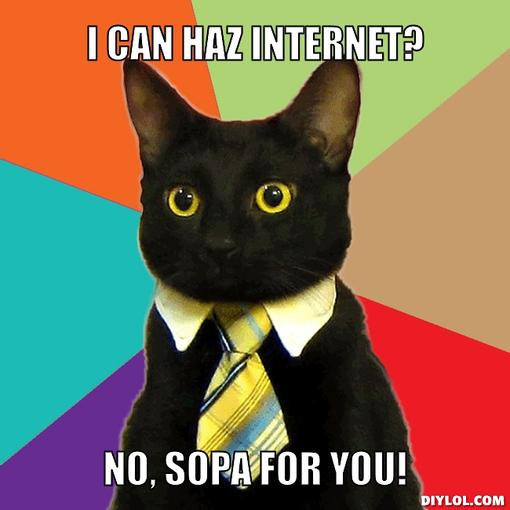 For anyone who’s spent the last 24 hours trapped in a storm drain with no 3G, here’s a quick summary of what happened:

Hollywood throws $95m dollars at US gov in an effort to push through ill-conceived and fundamentally flawed anti-piracy bill.  SOPA/PIPA is opposed by the entire galaxy, including several colonies of aliens who had previously not felt compelled to involve themselves in earth’s affairs.  Internet blackout mooted by Reddit and bigged up by Anonymous, Wikipedia and thousands of other websites including Edinburgh Uncovered.  SOPA blackout is a runaway success: by lunchtime, pro-SOPA congressmen are defecting faster than Cold War-era Soviets; by the end of the day 18 of them have withdrawn their support and the bill is in tatters.  Hollywood throws a hissy fit at their $95m campaign getting pwnd by a $0m grassroots campaign.  Epic lulz ensue. 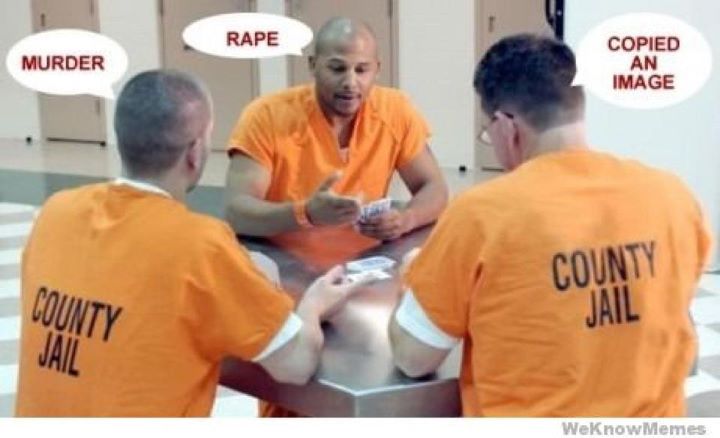 On Monday, I’ll be publishing the third installment in the current series on internet censorship, this time focusing on the stellar work of Anonymous.  In the meantime, here’s a few highlights and soundbites from The Day the Internet Fought Back:

There was a genuine sense of jubilation and disbelief on Twitter today, as the tweet-happy Anons returned after their 12 hours of abstinence in keeping with the spirit of the blackout.  A week ago, Anonymous were optimistically tossing the #SOPAblackout hashtag about; seven days on, and their actions are front page news.  Yep, even the conventional press have been forced to sit up and pay attention on this occasion.  Many media organisations, especially in the UK, have been laughably slow to react to what was always destined to be a huge story.  Well done guys; you got there eventually.

Amidst all the euphoria however, there is also a sense that this battle is not over yet: SOPA, PIPA and its evil ilk will return in some shape or form.  As Ron Wyden noted “Your voices must continue to be heard.”  The difference is that next time the world will be ready and waiting.  If this is what can be achieved in just a few days, who knows what carnage can be caused by a properly orchestrated campaign?

Today marks not only the defeat of SOPA in its extant state, but a tipping point in the balance of global power: it’s the day when millions of people on the web realised that the power lies with the politicians and lobbyists only for as long as we permit it.  The moment they step out of line, the backlash will be swift and unforgiving.

January 18th 2012 was the first world’s Arab Spring.  In the next installment, we’ll take a look at Anonymous’ latest escapades, and examine how law enforcement are getting their jimmies rustled by the Anons’ doxing dastardly deeds. Shit’s about to get even realer. 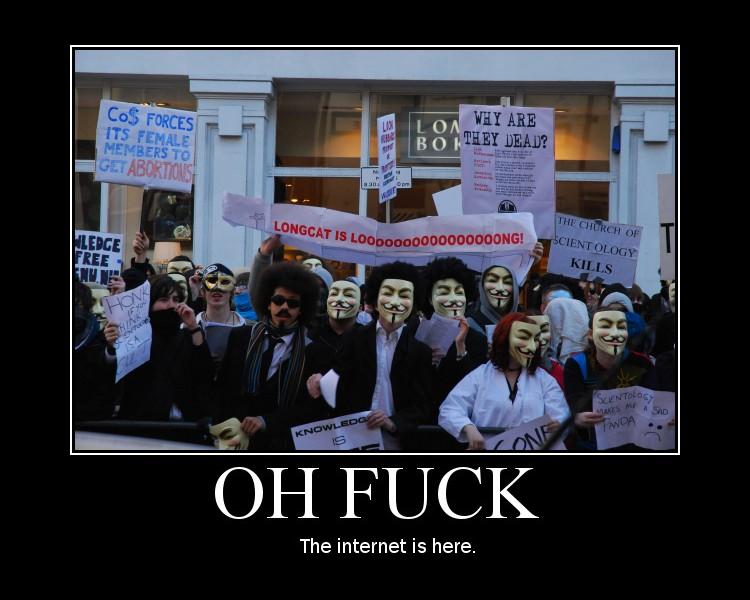 Is The Tayberry Dundee’s Worst Restaurant?