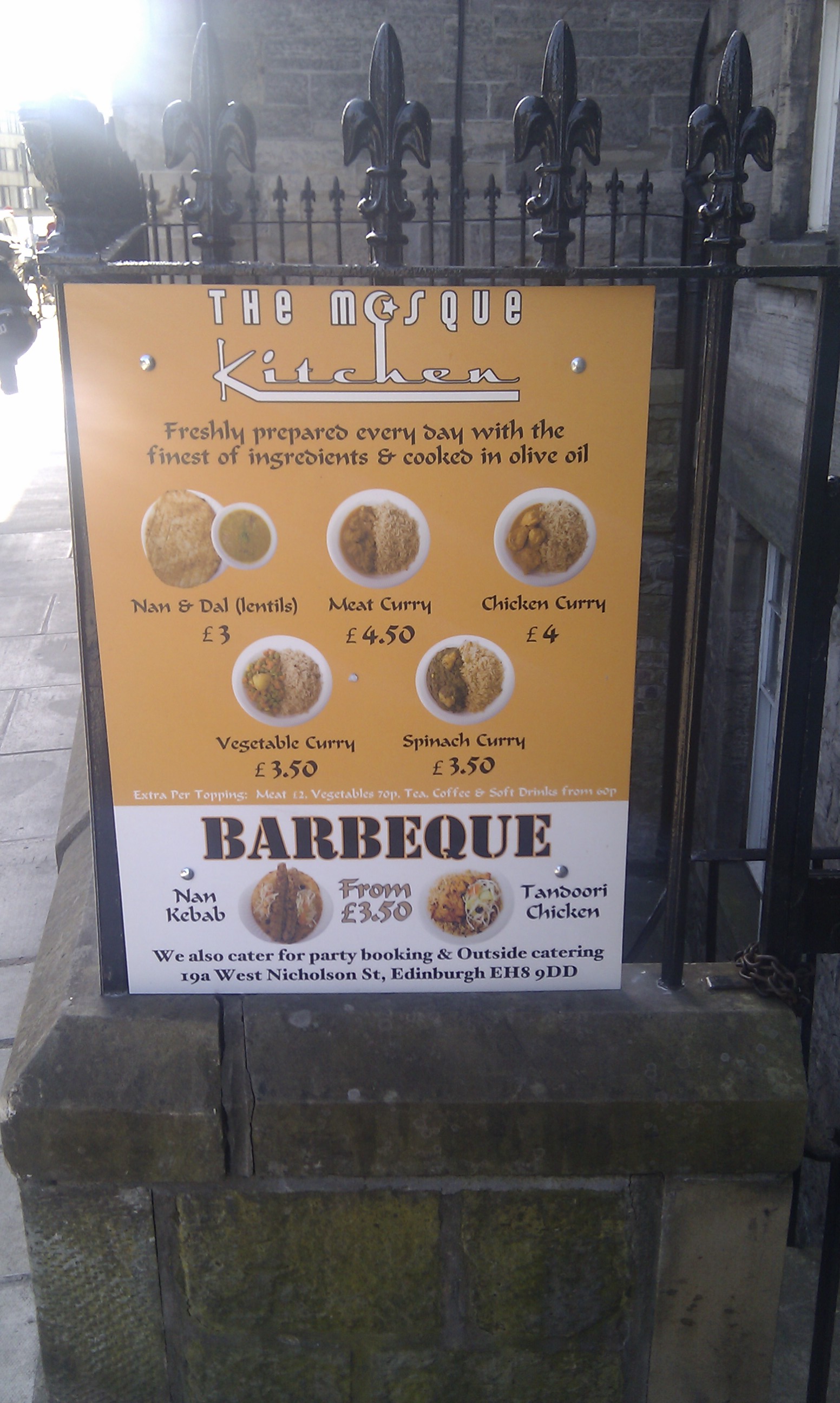 Is it possible to review a Muslim kitchen without getting into a heated debate about religious intolerance?  Probably, but where would be the fun in that?  Islamic believers will be relieved to hear that for once it’s not their faith getting it tight however.  On this occasion, the vitriol is to be directed against those kuffirs better known as the Catholic church.  There are many sins that God’s chosen people could be taken to task over (that’s the chosen people of the Catholic God by the way, not to be confused with those of the Muslim God or the million other faiths who all pray to the same deity, the one who favours their religion and their religion only.)  Today though we are not interested in issues pertaining to sexual abuse, AIDS in Africa or women clergy.  All we care about is food.  If religions were rated solely on the basis of their culinary appeal, Islam would win every time.  Delicious curries, kebabs, falafel and couscous – when it comes to physical sustenance, Muslims are in a mosque of their own.  In fact their diet is so good that many convicts, upon being sentenced to a spell inside their regular home from home, register as Muslim.  Their newfound faith is chosen, not because they desire a prayer mat on which to kneel three times a day, but because they know how good the halal menu is.  Corned beef hash versus lamb curry and naan?  It’s a no-brainer, even for those who are borderline no-brainers themselves.

There’s another reason why the Muslim diet surpasses the Christian one however, and this one has everything to do with religion.  While The Mosque Kitchen is a commendable concept, it’s nothing new – the Catholic church have been running similar projects for years.  When Christians append kitchens onto their churches however, there’s always that something extra thrown in with the gruel – God.  If you’re homeless and hungry, church kitchens literally are a godsend – provided you can stomach the obligatory scriptures that come in place of dessert.  How many kids have signed up for choir practice solely for the complimentary ice cream dished out afterwards by the vicar?  When the Catholic church is involved, there really is no such thing as a free meal.

The Mosque Kitchen does things differently.  In spite of adjoining the holiest Islamic building in Edinburgh, the only thing being rammed down people’s throats here is mouthfuls of sag aloo and chicken biryani.  The men serving the food might be dressed in traditional Muslim robes, but the sole evidence of their faith is a discrete sign noting that the kitchen is closed from 1.00-1.45 every Friday for prayers.  Tellingly, this passive approach to proselytising does more to nurture respect for the Muslim faith than any imam ever could.  Observing people from all races, faiths and persuasions sharing food from paper plates at a communal table makes you appreciate how intrinsically alike we are.  Ultimately, we were all placed on this earth to enjoy a good curry, and any differences that may exist with our fellow man are frivolous and incidental.

The fresh food is served from simmering vats and dolloped unceremoniously onto disposable plates.  Zero pretension, maximum taste.  You can pay more – a lot more – for a better curry in Edinburgh, but what the Mosque Kitchen may lack in silver service, it more than makes up for in charm, authenticity and portion size.  Although a myriad of bloggers and broadsheet hacks will have breathlessly described The Mosque Kitchen as ‘Edinburgh’s best-kept secret’ or ‘the last esoteric eatery in town’, the truth is that everyone knows about this place and everyone eats here – students; lawyers; even Islamophobes.  It’s hard to be a hater when there’s a good curry to be had.  If The Mosque Kitchen were to be rolled out across checkpoints along the Israeli-Palestinian border, one of the world’s most intractable conflicts could finally be settled amicably. 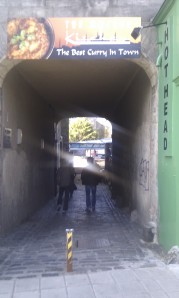 Although currently situated next door to the mosque, the kitchen is soon moving to its new home, just a rice grain away, at 33 Nicholson Square.  The indoor seating that will be provided there should offer some respite from the pesky pigeons, but here’s hoping the place doesn’t lose some of its ramshackle charm in the process.

Try: Whatever curry takes your fancy.  It’s all good.  Washed down with a lassi for maximum satisfaction.

Avoid: Showing up at 1 o’clock on a Friday lunchtime and asking for a bacon roll.