This internet has been c**sored: Anonymous, SOPA & the Battle for Free Speech

“There ought to be limits to freedom” – George W. Bush 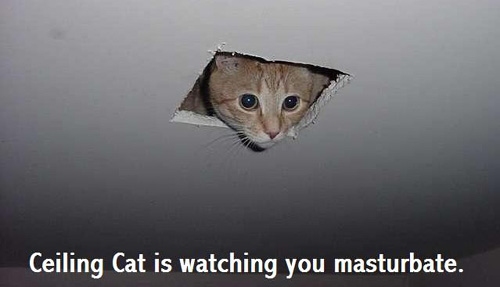 Before it came into our lives to save us from the drudgery of four-channel TV and perfunctory sex, how did we cope?  What did we do before the internet?  The truth is, no one knows – even Google can’t answer that one.  In the beginning, there was the internet: it’s just always been there.

In spite of – or perhaps because of – its power to shock and offend, the web is a wonderful place.  Sure, it allows us to cheat at the pub quiz and perv on Facebook dirties, but it also does a whole lot more.  It grants oppressed minorities a voice.  It enables people living under totalitarian regimes to learn the truth.  It ensures that human rights violations and corporate corruption are exposed.

Admittedly, most of us don’t tend to use the web for such laudable pursuits; we’re far more concerned with hitting up PornRabbit for a quick bedtime fap.  But that’s fine; you don’t have to be committing history-defining heroics on the internet to justify being there.  Whatever you choose to use it for however, there’s no getting away from it: we’re hopelessly addicted to this bitch.

We don’t shout the kids downstairs for dinner any more; we IM them.  We don’t buy music; we download it, and we don’t rent movies; we stream them.  In fact we don’t even have mates any more; we have friends and followers who can be unfriended and unfollowed the moment we tire of them. 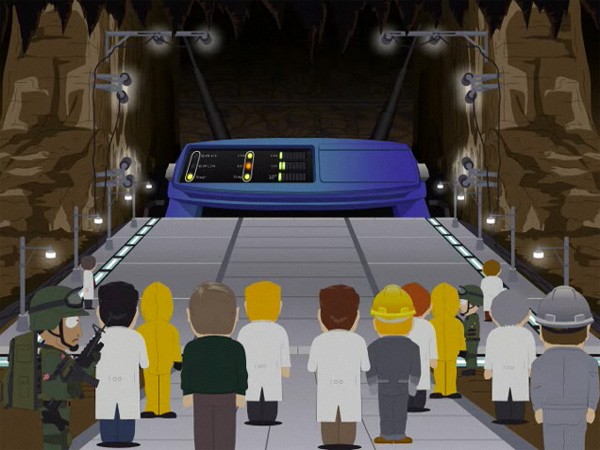 Oh internet, how we love thee.

The prospect of freely exchanging ideas and information inspired the first wave of internet pioneers.  They blazed a trail for the rest of us to follow.  When the internet gold rush began in the late 90s, Google was still an obscure search engine, Hotmail was a credible email provider and ‘Internet Explorer’ was occasionally used in sentences that didn’t end in ‘LOL’.  Shit was retro, but shit was good.

Back in the Web 1.0 era (as it was never known), people actually would browse the internet.  The moment that dial-up tone finished spitting out digits, they’d jump on and start surfing for dear life, scouring blogs, bulletin boards and forums to acquire knowledge and meet like-minded people.  If you were into crocheting chrysanthemums, there was a site for that. Alternatively, if you were into watching whores gargle gallons of warm horse chowder, there was a site for that.  In fact there were lots of sites for that.  After all, if there’s one internet rule that will always hold true, it’s #34: 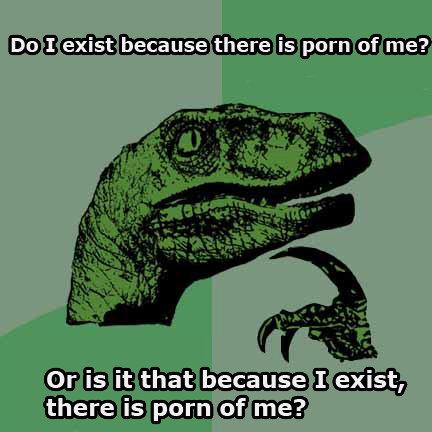 By the end of the noughties, the whole world was hooked up to the matrix and baw-deep in cyberspace.  From Mexican maids to your nan, anyone who could swipe a touchscreen or move a mouse could be found lurking on eHarmony, eBay and – of course – Facebook.  As more and more people jumped online however, a curious thing began to happen: instead of the internet feeding our natural thirst for information, the opposite occurred.  Instead of seeking out new knowledge, trivia and intrigue, many of us gave up and retired to Farmville to eke out our days. 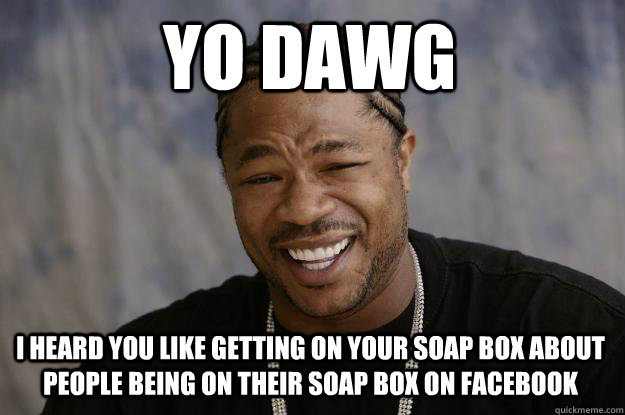 Much of the blame for this insidious dumbing down of the internet can be attributed to social media.  Make no mistake, having everything in one place is extremely convenient: a single feed to keep us abreast of everything that our friends and the wider world are getting up to.  During the course of simplifying our browsing experience however, something has been lost in the mix.  As we tweet on the bus and Facebook from the office, we’ve paradoxically become isolated from the web in its truest state.  Most of our browsing now takes place inside a single website, with that familiar blue ribbon across the top and that news feed that keeps spewing cupcakes 24/7.  So immersed have we become in Facebook and its ilk, we’ve stopped looking for answers and have stopped asking questions.  Our minds have begun to atrophy.  Put simply, we’ve become pussies.

Think about it: we’re a society that’s been raised on ready meals and cheese that comes in spray cans.  On the rare occasions when we’re compelled to step outside our comfort zone – both on the internet and IRL – we’re helpless kittens, incapable of fending for ourselves.

If the zombie apocalypse ever does arrive, we’re doomed, and it’ll have nothing to do with the marauding hordes.  No, the battle will be over long before then, lost in the canned goods aisle as we fight our fellow humans to the death for the last tin of beans.

Our greatest strength is our greatest weakness.  What would we do without Facebook and Twitter?  How would we learn without Google or Wikipedia?  If the websites we know and love were suddenly to be switched off, how would we cope?  Where would you gather your information for that dissertation and how would you interact with your friends?

Raised on a diet of mushy status updates and processed tweets, we’ve gotten used to being spoon-fed our culture.  If it doesn’t show up in our news feed or the first page of Google, we don’t want to know about it.  After all, if there’s important shit going down in the world, it’ll probably be on YouTube, right?  Or BBC News at least, #amiright?  Wrong.

The truth is, as you read these words, there is all kinds of mad shit kicking off around the globe, most of which simply isn’t being reported.  Not through the conventional channels at least.  The Kardashians, The Only Way Is Essex and the madness of Mario Balotelli?  Oh yeah, that stuff’s pretty well documented.  There is, however, some other, less important stuff happening that seems to have been overlooked.  Y’know; internet censorship, mass government surveillance, loss of free speech and the small matter of a war with Iran, the pretext for which is being manufactured as we speak.

Forget the Mayans, forget the Eurozone and forget the Republican primaries.  2012 is going to be one of the most turbulent years in recent history, and yet you’ll barely hear a peep about it in the Daily Mail or on the 10 O’Clock News.  It’s taking place on the web, and it’s happening right now. 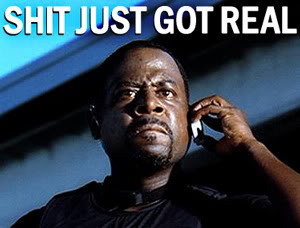 This may well be the case, but why should we care?  Why so serious bro?  And what’s this got to do with a lulzy blog like Edinburgh Uncovered?  Please say this isn’t a prelude to some sprawling Illuminati/NWO rant….

First up, no.  God no – I don’t deal in zany conspiracy theories, and I’m not about to get all political on yo’ ass.  We might be wading through some heavy shit right here, but that doesn’t mean we’ve forgotten about the lulz.

See?  Even in the darkest of times, it’s still about the lulz.  There’s a very good reason why this blog has gone from slating shit nightclubs to highlighting first world problems, but we’ll get to that in part two.  Yes, there’s more of this shit on its way I’m afraid.  Another two whole blogs’ worth which will be dropping this week.  We’re going to discover a lot.  We’re going to unscramble strange acronyms like SOPA, PIPA and tl;dr.  We’re going to learn how a butterfly flapping its wings in the corridors of Congress can unleash a hurricane on this side of the Atlantic, one that rages through your neighbourhood and makes off with your house, your internet and your freedom of speech.  But we’re also going to have some fun along the way, cos that’s just how we roll.  So buckle up for the ride, put your skepticism on hold and let’s see where this thing takes us.

Tune in tomorrow morning for “The day the internet fought back”, part II of Anonymous, SOPA & the Battle for Free Speech.  There’ll be no sermonising and no po-faced proselytising, but we might just learn a few things as we go.  Things that could prove invaluable in the coming months, when the Battle for Free Speech comes tearing through your internet.  It’s going to be the toughest mission we’ve ever faced up to together.  Thankfully, I’ve packed us some provisions for the journey.  You bring the cookies, I’ll bring the cheezburgers and let’s get this post-apocalyptic party started.  It’s on. 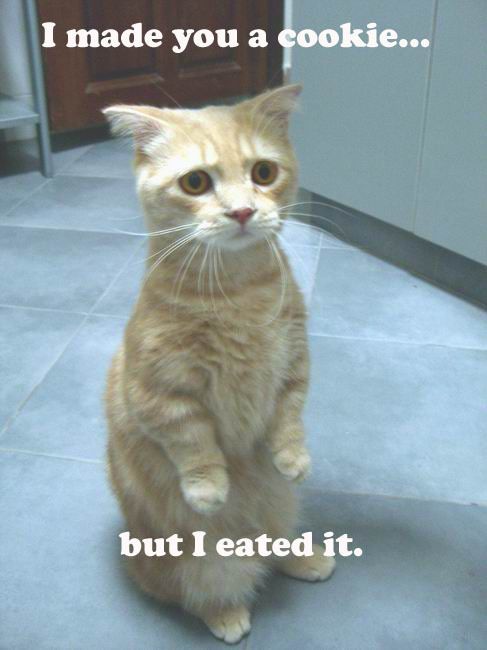 [This blog is part one in a three-part series. Read part two here.]

8½ Reasons Why Men Have More Fun Than Women

Best Worst Reviews: Hatchet Jobs That Made Us Wince, Spew and Cry with Laughter

Just Say No To Chuggers